A list of essential tips and guidelines for you as a home-stay student. 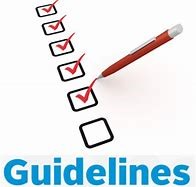 The most important ingredient for a happy and comfortable Homestay experience is “Communication”. The Homestay family knows that your level of English may be limited, but they will try to understand your needs, and also tell you about what is required in a Homestay. This communication not only helps you with your English, but also helps to create a lasting friendship. Students are encouraged to ask as many questions as they like, and not remain silent if there is a problem. Good and frequent communication solves most issues!

About Australia and Aussies

Australia is a very diverse and multi-cultural country. Although there has been an early history of British occupation, there has been over the years a large influx of people from a variety of countries. Do not be surprised if your Homestay family originated from the United Kingdom, New Zealand, China, Italy, The Philippines, or South Africa. We are all Australians and will speak proper English in the home.

We also believe strongly in equality, and do not discriminate. Men and women are treated equally, and people’s different religious beliefs are respected equally. In most cases, men and women both go out to work, and a wife is not expected to be the servant in the family. Everyone in the household, including the student, is expected to help with common chores such as tidying-up.

It is not uncommon for a single woman to live by herself, with or without children. Sometimes students may prefer to live in a full family, or with a single person.

In Australia, pets are common, especially in families that have younger children. Some pets live in the house, and in others, they are kept outside.

Being COURTEOUS and CONSIDERATE to others are the most important things to remember.

It may take one or two weeks to settle into living with a host family, and the experience should be positive for both you and the host family. Your host family will provide you with a comfortable room with your own bed, room for storage, clean linen and fresh towels, a fan for cooling or extra blankets for warmth depending on the climate, your meals, do your laundry, and your school transport if it is part of your homestay package.

Besides packing clothes and other belongings for your trip, students are expected to pack along their own personal toiletries such as a toothbrush and toothpaste, shampoo and conditioner, shower gel, deodorant, etc. Your homestay family will supply the general bathroom items such as soap for hand wash, toilet paper and facial tissue.

The basis of the Student and Homestay relationship is RESPECT and TRUST.

Just like your own home, Homestay families will give you House Rules to help you settle into their home. These rules may be different to those in your own home and you may find them hard to understand. Ask your Homestay family to explain the reason behind the rule. In most cases you will find it easier to obey when the rule makes sense. Please ask your host mother if you would like a copy of the rules in writing.

Please hang up your wet towel on the rack provided (generally in the bathroom). You must not place WET TOWELS in your bedroom, on the floor, or on furniture. Do not hang wet clothes in the wardrobe/cupboard/bedroom. Ask your host mother where you can hang wet clothes.

Be mindful of host family’s property. Host families can charge students a fee for damage to the carpet or furniture or any damage to their home property caused by you.

If you have a Mobile Telephone, please advise the family of its number, so they can reach you if they need to talk to you urgently. They will also give you their contact numbers.

The use of drugs and drug trafficking is illegal in Australia and carries heavy penalties.

If you have a problem, remember to COMMUNICATE with your Host Family – This may solve your problems!

Ready to get started?

Get in touch today